Is Bending Backwards Bad for Your Back? (Part 1) 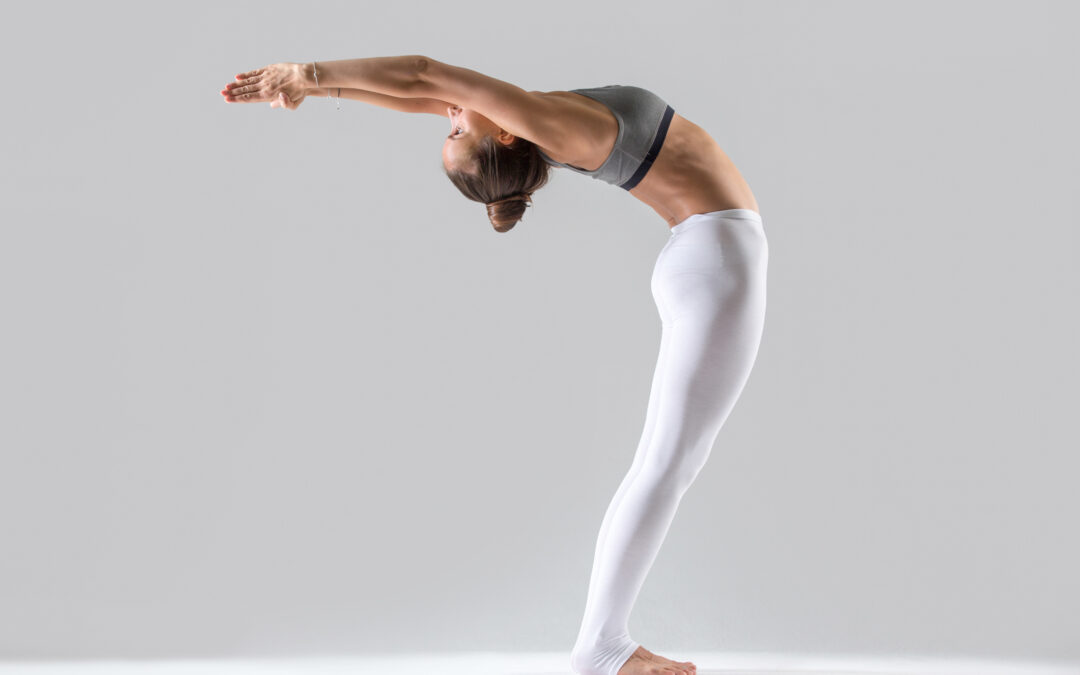 If you search the internet for low back stretches, you will find dozens of options touted by fitness and healthcare professionals. Most of these incorporate some form of flexion or forward bending (e.g. knees to chest stretch or child’s pose), rotation (e.g. spinal twists) or lateral movements (e.g. the classic triangle stretch). What you will rarely see, however, are stretches that incorporate bending backwards, also known as spinal extension. In formal health and fitness activities guided by instructors and coaches, spinal extension is often viewed as something that should be performed with great caution or avoided altogether. In some yoga classes, students are taught to tighten their gluteal muscles when performing the Cobra Stretch, a move that creates spinal extension, in order to ‘protect’ their backs. Most yoga routines, however, freely promote spinal flexion, twisting, or lateral motions. In addition, it is common to see athletes execute stretches prior to competition that create these flexion, lateral, and rotational spinal movements with relatively little attention paid toward spinal extension. The exact reason for this is poorly understood, however it likely has to do with the common misnomer that bending backwards is harmful to your back. Research and clinical experience over the past half century, however, has told us a much different story. One of the most powerful paradigm shifts regarding spinal extension was made through a chance encounter between a patient and a very intuitive clinician, one that has sparked a revolution and gained momentum over the subsequent decades. A Chance Encounter In 1956, the legendary New Zealand physiotherapist Robin McKenzie was treating a patient named Mr. Smith for low back pain and pain that radiated down his leg (sciatica). Robin was seeing another patient at the moment, so he asked Mr. Smith to lay face down on the treatment table in an adjacent room. That room had just been used to treat a patient with a knee complaint, and the head of the table was raised. Mr. Smith did not lower the head of the table and simply did as he was instructed. This resulted in a position of spinal extension.

Robin McKenzie entered the room 5-10 minutes later and saw Mr. Smith lying like this. He was immediately concerned for his patient’s well-being, until Mr. Smith said that this was the best his back and leg had felt in three weeks. Mr. Smith came back the next day, stating that he only had low back pain. The leg symptoms were gone. Robin had him adopt the extended posture again, and by using this method of treatment his back pain resolved. Instead of dismissing this encounter as mere chance, Robin McKenzie began using spinal extension on subsequent patients with low back pain and sciatica. Over the ensuing decades, Robin found that most patients responded to extension, others responded to lateral movements, and a few responded to flexion. What emerged was a sophisticated assessment process that matches patients to the direction of movement or posture that promotes recovery of their condition. This discovery, in addition to being the seed that grew into the McKenzie Method, showed us that extension, which was once believed to be a detrimental direction of spinal movement, could actually be extremely beneficial for a majority of people. At the very least, it is definitely a direction that should not be feared.  Research has told us a similar story, as demonstrated in the following studies which reveal the powerful effect that spinal extension can have on the prevention and treatment of back pain. Lumbar Extension in the Research In the study by Kristian Larsen et al, entitled Can Passive Prone Extensions of the Back Prevent Back Problems?, 249 army recruits in Denmark were randomized into two groups, an intervention and control group, and their rate of back pain was recorded. The intervention group was instructed to adopt good sitting posture and to perform prone press ups (creating lumbar spinal extension) twice per day. These subjects were compared to a control group, who were simply instructed to carry out their daily activities with no intervention. Lower back pain reporting was reduced significantly in the press up group (33% vs 51% in the control group) as was the number who consulted the regiment infirmary for low back pain (9% vs. 25% in the control group). In the study by Audrey Long et al, entitled Does it Matter Which Exercise? A Randomized Control Trial of Exercise for Low Back Pain, when patients with lower back pain were prescribed exercises (stretches) according to their Directional Preference (a direction of movement which decreased or abolished their pain), they did much better than patients who were prescribed exercises opposite their Directional Preference, or those who were given ‘evidenced based guidelines’ for lower back pain. Out of 312 total patients, 230 had a Directional Preference. Of these 230 patients, 191 had a Directional Preference for lumbar spine extension, which created an improvement or resolution of their condition after two weeks of performing the exercise. Therefore, out of the 312 people with low back pain in this study, 191 or 61% were helped with lumbar spine extension, which was by far the most common beneficial direction of spinal movement. In the study by James Kopp et al, entitled The Use of Lumbar Extension in the Evaluation and Treatment of Patients With Acute Herniated Nucleus Pulposus: A Preliminary Report, 67 patients who were prepared to undergo surgery for a lumbar disc herniation and sciatica were instructed to perform prone press ups, creating extension of the lumbar spine. This simple maneuver allowed 35 patients (52%) to be treated without an operation. Said another way, lumbar spine extension prevented surgery in over half of the patients in this study who, up to that point, were surgical candidates. In the study by Kevin Spratt et al, entitled Efficacy of flexion and extension treatments incorporating braces for low-back pain patients with retrodisplacement, spondylolisthesis, or normal sagittal translation, 56 low back pain patients with either Anterior Spondylolisthesis, Posterior Spondylolisthesis (Retrolisthesis), or No Spondylolisthesis were randomized to receive flexion or extension oriented care consisting of directional exercises and bracing. Common wisdom has told clinicians to avoid spinal extension in patients with Spondylolisthesis, defined as translation of one vertebra relative to another. To the surprise of the researchers, patients in all three groups had much better outcomes with the extension treatment than with the flexion. Based on these findings, the researchers speculated that perhaps their pain had nothing to do with the radiographic finding of Spondylolisthesis, but instead their pain generator was one that benefitted from an extension program. Clinically, we have also seen that patients with Spondylolisthesis often have a Directional Preference for extension. One reason for the great benefit of moving into spinal extension is likely due to the fact that as a society we spend the bulk of our time in flexion and very little time in extension. In the study by Antonius Rohlmann et al, entitled Measurement of the number of lumbar spinal movements in the sagittal plane in a 24-hour period, it was shown in over 200 subjects without low back pain that on average they spent roughly 24 minutes in some degree of spinal extension per day and the vast majority of the day in spinal flexion. The median number of times the spine reached full spinal flexion was 50 per day, while no movements reached full spinal extension. Therefore, in the majority of people, spinal extension allows us to undo the effects of a great deal of time spent in flexion. This research shows us that spinal extension is nothing to be feared, and in fact should be explored by more health and fitness professionals. In Part 2, I will briefly touch on the opposite direction of movement, spinal flexion, and provide some insight into how society can incorporate more spinal extension and ultimately reap the benefits.